You have to learn the rules of the game

FIFA 19 Xbox One vs PS4 vs PC Comparison

Are you team PC or Xbox One? If you have the two, we would say lucky for you for enjoying the best of both worlds! However, being given the option can be a blessing and a curse sometimes, especially when it comes to picking which one to use for playing certain games!

With FIFA 19 out, one of the most important question for the players is which version to pick and why. You will want to start your FIFA this year the best possible way. In this article, we will see the pros and cons of the different versions present and the differences between them to make your choice much easier. 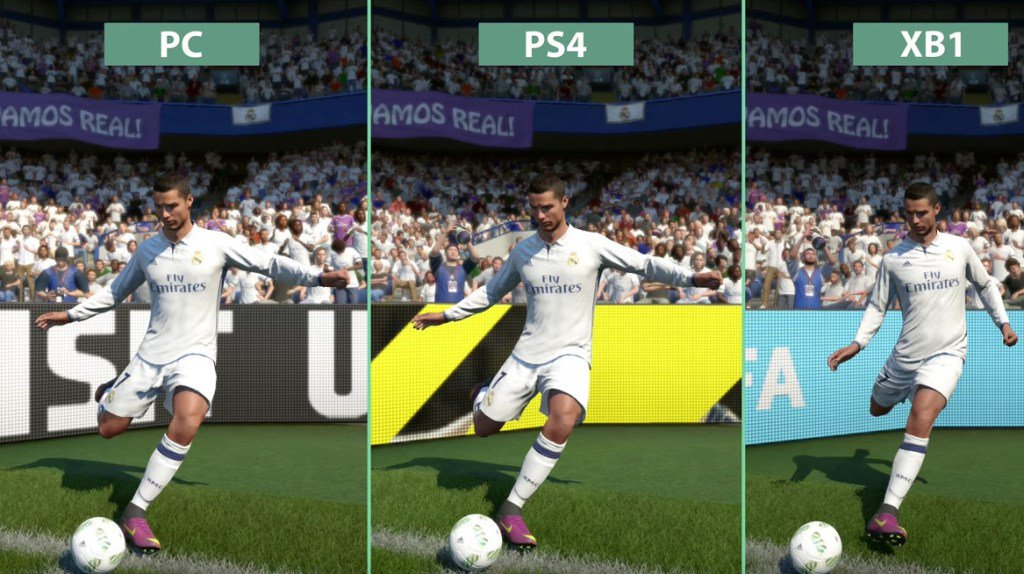 Xbox One players can get the pre-orders at a 10% discount with EA Access via the Microsoft Store. The prices will be reduced to as follows:

PC players can get a 10% discount on all EA products via Origin access basic the prices will be reduced as fellow:

The Origin access has a premium edition called Origin premier, for that, you get the Ultimate edition included with your subscription.

In terms of Resolution, the PC version has the advantage to go up to 8k assuming you have a beast machine to handle it. Both Xbox One and PS4 run as the same resolution 1080p with little to none problems, there are of course some annoying stuttering especially on menus. On PC I have never experienced any kind of performance problems.

Performance wise, the PC version can run the game at 144FPS and even more. The console versions do not perform as well as that. Consoles are capped at 60FPS but we do experience some stuttering and lag. Some input lag can also be noticeable, the input lag can be experienced on every platform it seems like a software problem more than the platform.

The market is pretty much good in every platform, you will find an item easily. On PC the player base is much less than any other platform due to the gaming computers prices being up against the roof. With fewer players, PC gamers would obviously have fewer cards on the market, which means the market is too expensive. Let’s take an example here, I will list same players prices on different platforms as I write this article (Note that the prices change as the market evolves, but the difference between the platform will remain the same. Unless EA does something about it):

But chances are close to nil to pack any of those, how about the players we pack most of the time?

As you see the differences are very noticeable on the big names while normal players are at the same price tag. This makes it very difficult for PC players to get the high-end players.